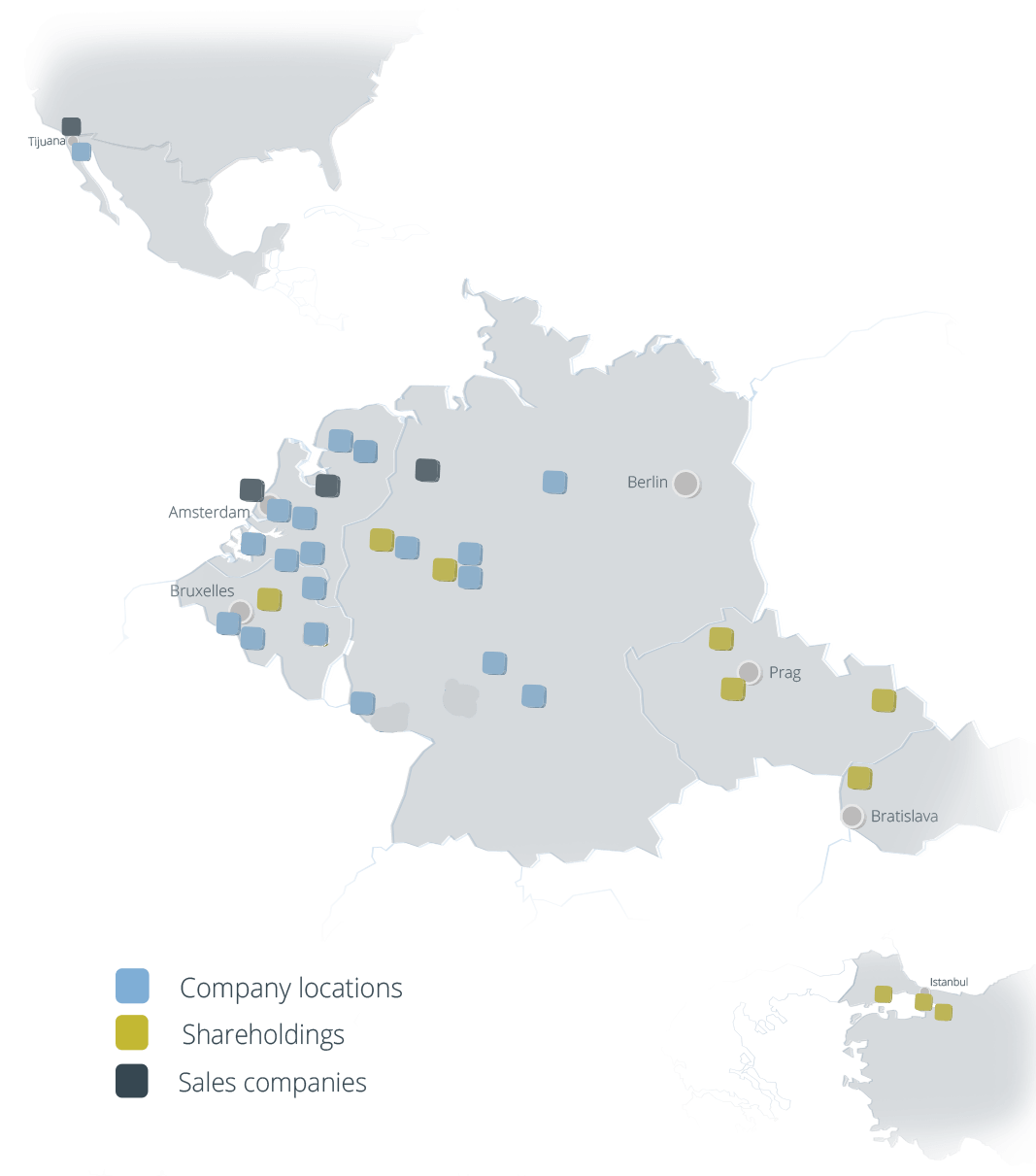 For enquiries regarding marketing or press matters, please use the following contacts:

A success
story from
Siegen

Family-run businesses are the backbone of our modern economic power and society: More than 90 percent of German businesses are family-run. Barely any other country has such a strong basis of entrepreneurs. However, only few businesses in this country can look back on a tradition as long as that of The Coatinc Company (TCC), an international surface finisher with its head office in Siegen. The roots of this business go back to the 16th century, long before the beginnings of industrial steel production.

The history of a family, a material, and a region

500 years of TCC history also stand for half a millennium of metal working and processing in the Siegerland region of Germany. They mark the extraordinary history of this material and that of a region, from the cradle of mining to becoming a key economic sector.
After all, the Siegerland region has always been characterized by ore production and processing. It is considered  one of Europe’s oldest mining regions: The signs of mining can be found as early as during the time of the Celts (500 B.C.). It was later that in particular local entrepreneurial families further developed the region to become an innovative industry. However, only those who learn about their own history manage to transfer know-how across centuries.

“Learning about our roots is a tradition for us.”

Paul Niederstein explains, executive manager at TCC. In 2017, a book project by his father, Klaus Niederstein, inspired him to dig deeper into his own history: “Literature about our long history and the business activities of the family can not only be found in our family archives but also in the archives of other businesses as well as the archives of the city of Siegen, Kreuztal, and further afield.”

A special present proved to be groundbreaking in his genealogical research: In 1918, Emmy Dresler presented her father Heinrich Adolf Dresler her “History of the Dresler Family” on the occasion of his 85th birthday at an event held at the family residence, a mansion in Dreslers Park in Kreuztal. The book recorded in detail the life of his ancestors from the first generation up to the father.

Paul Niederstein commissioned a historian in 2018 in order to complete her work until today. This historian did further research into the family’s genealogy. A look into the German lineage book quickly made it clear: The Coatinc Company can look back on century-long business activities in the steel sector.

From master craft to hidden champion

It all began when Paul Niederstein’s ancestor and master steel smith, Heylmann Dresler, paid a ‘Feuerschilling’(fire schilling) in 1502 to use the local fire pits. In this era, smithery was a highly-regarded profession, given that iron and steel were required to make all of the tools for daily use. Seven generations later, the successful iron merchant Johannes Dresler already held shares in several ironworks, and the family was becoming more and more influential from one generation to the next.

The beginning of the steel industry

From the second half of the 19th century, the steel industry was developing into an important economic sector. Johann Heinrich Dresler II., born in 1745 in Sieghütte, invested heavily in iron and steel production. He was involved early on in the growth of this young industry, and by doing so, he also promoted industrialization: Besides holding shares in Sieghütter Hammer, he had the royal monopoly in the manufacturing of small iron and steel products. Furthermore, he revolutionized the highly dominant textile economic in the Siegerland region with modern looms.

The Dreslers also shaped their home politically. For example, 200 years ago, the mayor of Siegen came from the Dresler family, from the fifth until the tenth generation. At the end of the 19th century, Heinrich Adolf Dresler, then shareholder and director of Siegener Verzinkerei Actiengesellschaft (later to be known as SAG) was elected to the Reichstag. His daughter, Luise Dresler, married Protestant pastor and superintendent Alfred Emil Niederstein. This marriage added another branch to the family tree: Her second son, Werner Niederstein, born in 1901, joined SAG in 1923 as a young man.

In 1945, Werner Niederstein became the sole director of Siegener Actiengesellschaft and – after the Second World War – he was also appointed president of the Chamber of Industry and Commerce by the occupying forces. He continued to further expand the business. Together with his son, Klaus Niederstein, he later began internationalizing the business.

Today, Paul Niederstein leads The Coatinc Company as the spoke person for the board of directors and a majority shareholder of this Siegen-based business that has always been true to this city. The group now has 32 sites and more than 2,200 employees, including affiliated companies in Europe, Turkey, Mexico, and California.

“As a business and as a family we have a deep understanding of our history and of steel as a material. It has been with us for more than 500 years. The same holds true, however, for our down-to-earth and very special in its own way, rough region.” Paul Niederstein says. “This is where you can find all the values that guide us day in, day out. These values have also been securing our existence for such a long time. In addition to this, Christian values that have proven themselves over centuries guide our actions.”
The intensive research recently helped The Coatinc Company to become listed officially by Stiftung Familienunternehmen (Foundation for Family-Run Businesses) as Germany’s oldest family-run business.

About TCC:
The Coatinc Company combines the surface technologies of hot-dip galvanization (normal temperature, high temperature and centrifugal galvanization), powder coating, wet coating and anodization with a wide range of related services. The range of services starts with consulting and extends to all process steps that follow, including secondary operations to on-time packing. This includes comprehensive logistical services using digitalized merchandise management and export handling. Including affiliated companies, the business has a turnover of approx. € 300 m as well as a galvanization volume of 450,000 tonnes annually. 51 % of the shares of the holding company are held by Paul Niederstein, and 49 % by B. E. Wedge Holdings Ltd., Great Britain. 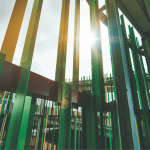